Fibaro for HomeKit – an elegant app for your Home 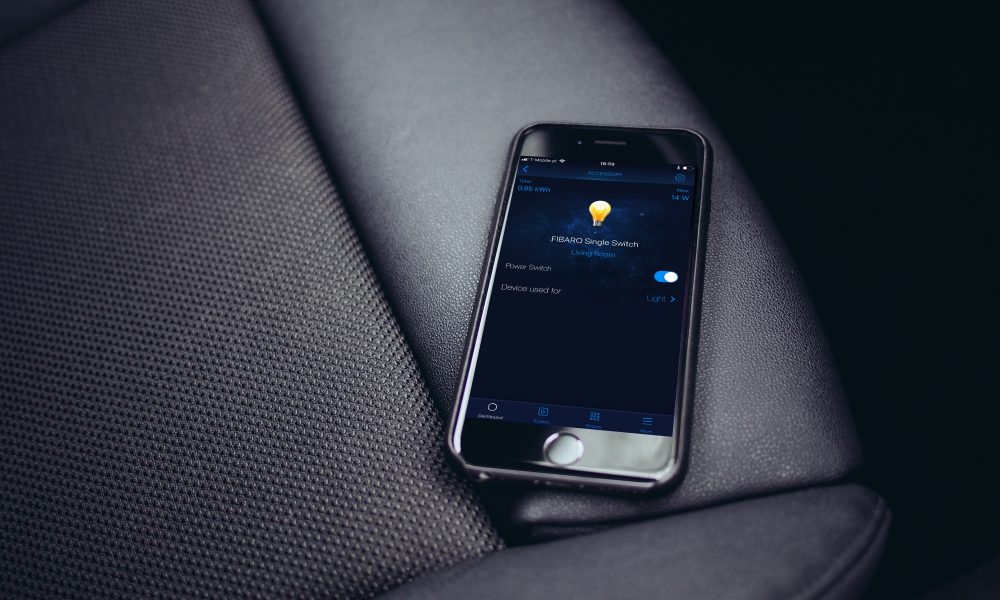 There are many ways and apps for controlling your smart home devices, or as in this case, HomeKit devices. Theoretically, every company behind the HomeKit devices develops their own app for their accessories with some extended capabilities beyond the standard set of features. However, due to quite monolithic aspects of HomeKit, we don’t have to use each app for each HomeKit module.

In theory, HomeKit is a framework which provide a way to configure accessories and create actions to control them. It’s a predesigned set of parameters which is unified across all HomeKit products. All those accessories are also vetted by Apple. To be able to access them remotely you need a Hub, i.e. Apple TV, Apple TV 4K, or an iPad. All devices are connected to the iCloud and held in a library called “HomeKit” which can be later accessed by the apps on iOS after the user had granted necessary permissions. Due to this standardization all apps can controll all HomeKit accessories, in more or less competent way.

A perfect example of such an app, is the default Apple Home app. This app follows the latest changes in HomeKit protocole. Since it’s their technology, everything is up-to-date and stable. However, design-wise, this app doesn’t try to win the beauty contest. It’s quite clean and sterile, but not everyone has to like it. 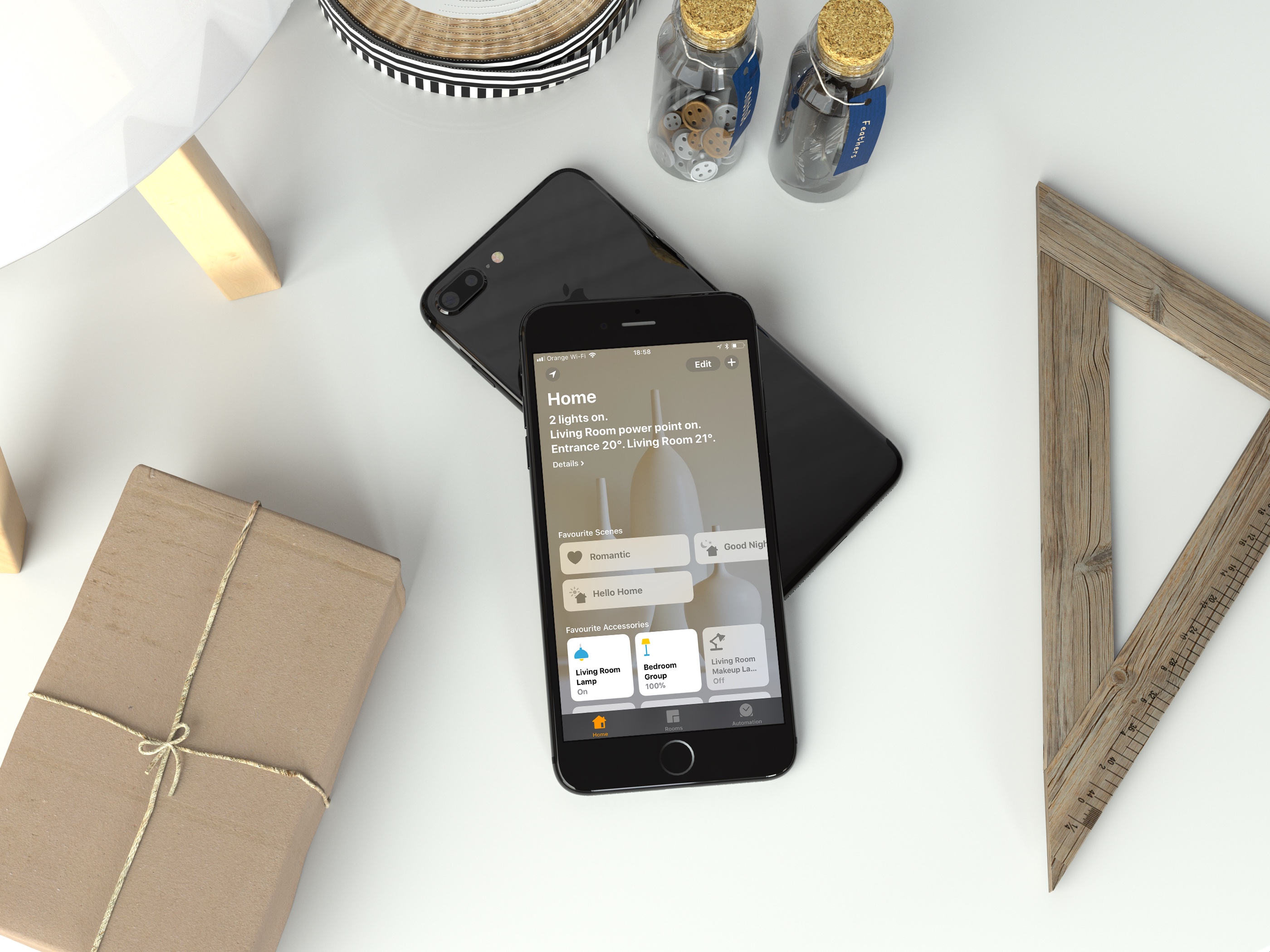 There are many apps which allows you to control HomeKit devices. I’m sure many of you heard or used the Elgato Eve app. Even though it is a quite functional app, it’s design isn’t the most appealing thing you could see. 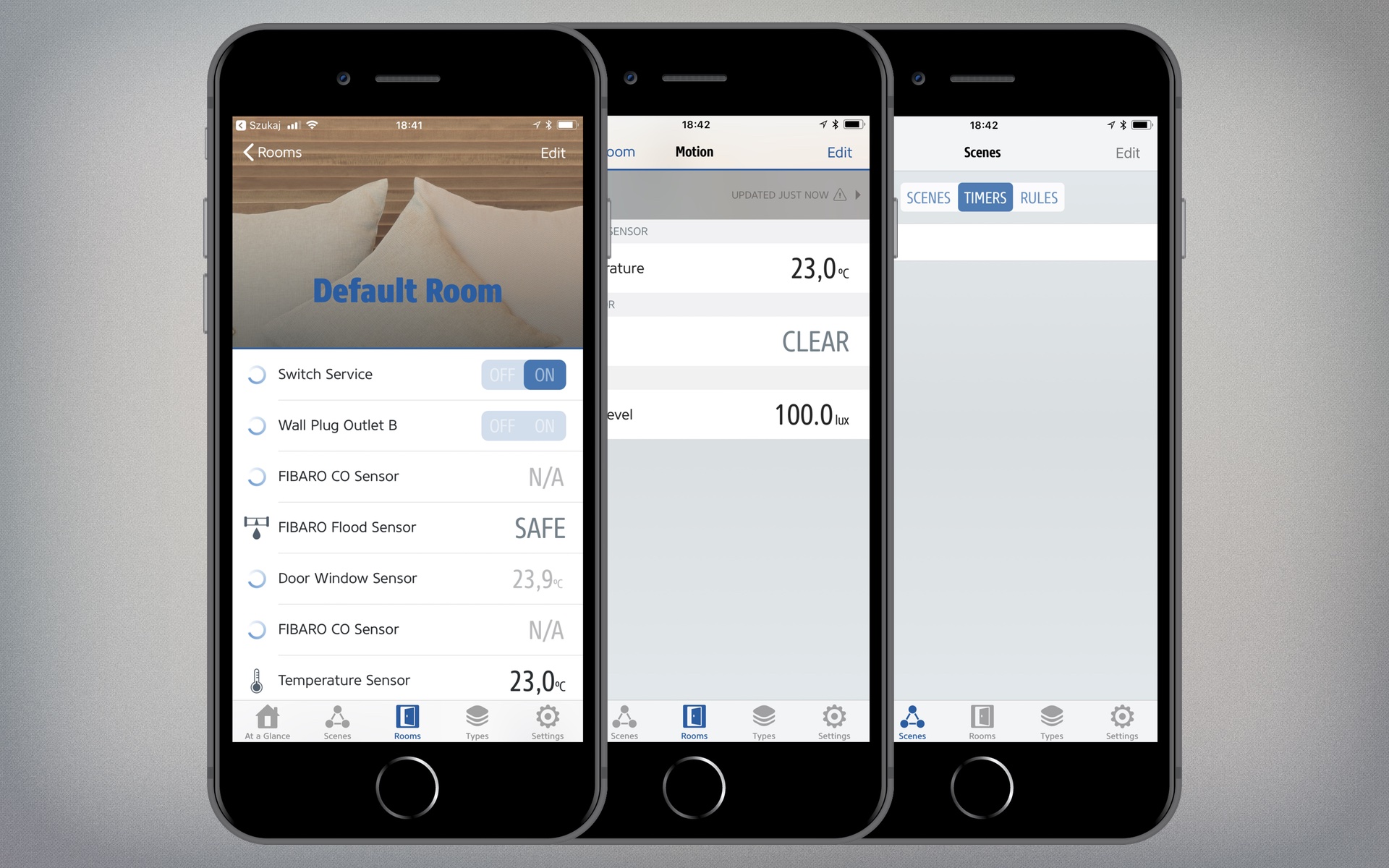 Elgato Eve app for HomeKit on an iPhone 8 Plus

Elgato Eve app is very grim, gloomy and gray. It’s generally quite chaotic and many design philosophies clash within this app. There are different sets of buttons, labels, tags. The amount of information is, I would say, excessive. Therefore, the over legibility is lowered than in other apps. After all, you don’t know whether the bathroom is flooded with water or not.

Koogeek app is made in a similarly chaotic fashion. The abundance of information makes it difficult to discern between the devices. However, the brighter and more saturated colors makes the app a little bit more happy and optimistic. That bright colors make it look a bit childish and immature. 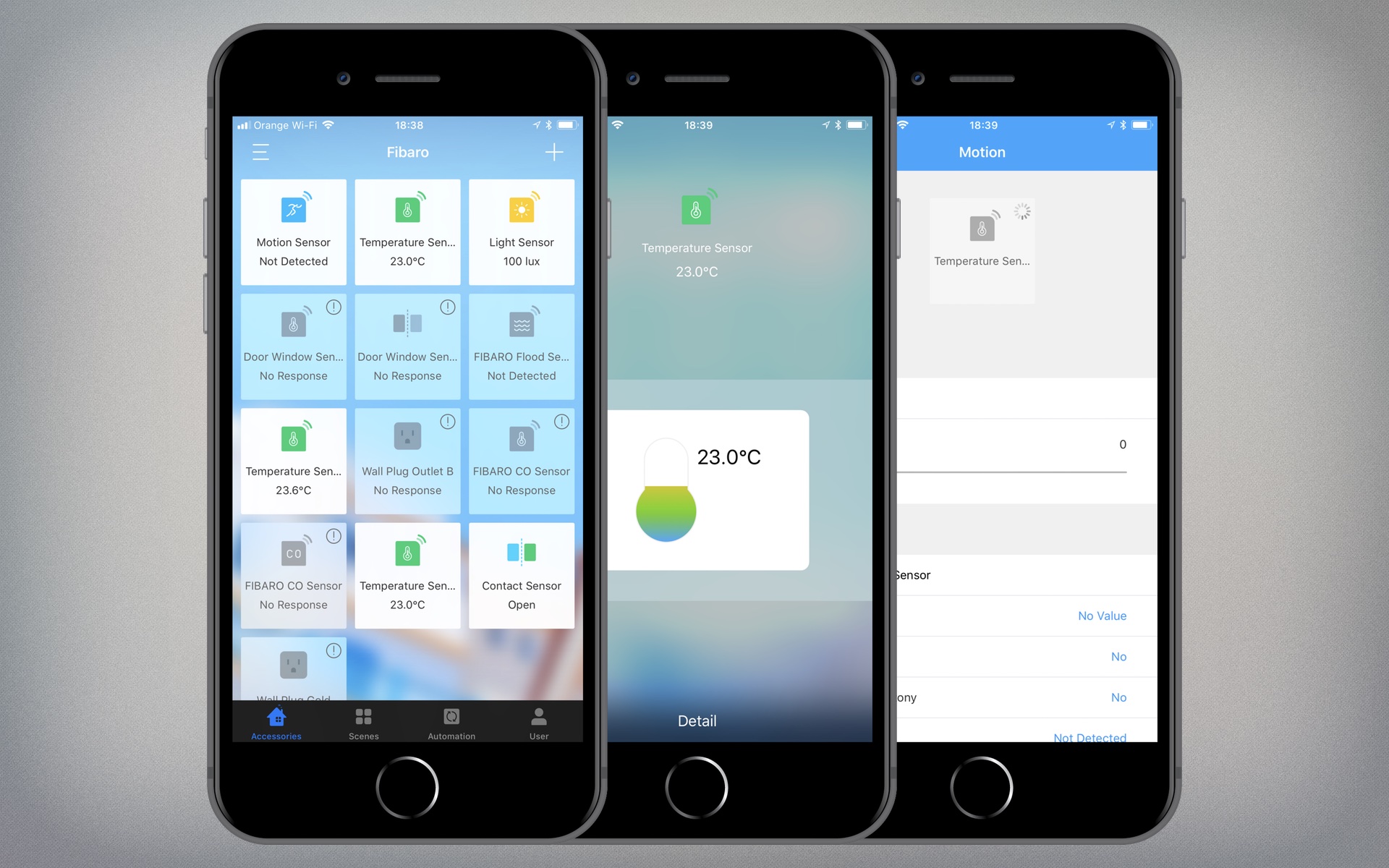 Koogeek app for HomeKit on an iPhone 8 Plus

Even though the Fibaro for HomeKit Devices has also some dark design, the overall result is quite pleasant to look at. All the information is clearly visible and easily distinguishable. As the picture below presents, a turned on lightbulb gives you all the necessary information at a glance in a very honest way, so to say. You don’t have to check statues of all devices or read them, you just know when something is ON. 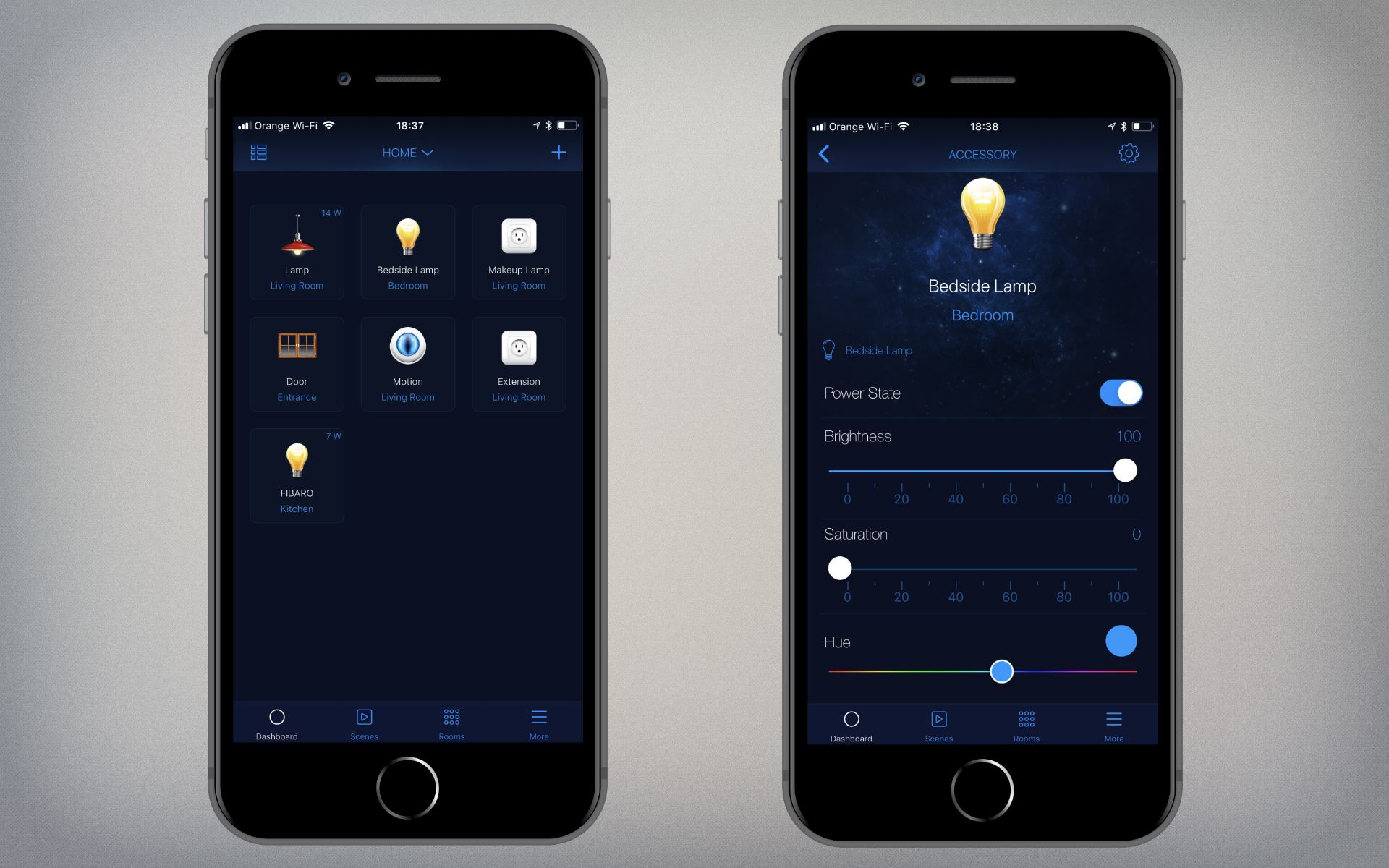 Fibaro for HomeKit Devices app on an iPhone 8 Plus

You will find many other apps for HomeKit devices in the AppStore which promise unified interface or even integrate other home automation protocols and they will be probably reviewed here at some point in the future. However, many of those look like unfinished projects which may be soon abandoned so I advise you to try Fibaro for HomeKit devices anyway ; )